Art+Feminism is a global network of activists that are increasing the visibility of women of arts all around the world. By Introducing Arctic Art+Feminism, we wanted to focus on women from Indigenous groups in the Arctic region. This project aligns with our work to increase diversity on the Wikimedia projects, both for Indigenous languages and the gender balance on Wikipedia and the project was partly funded by Fritt Ord Foundation. 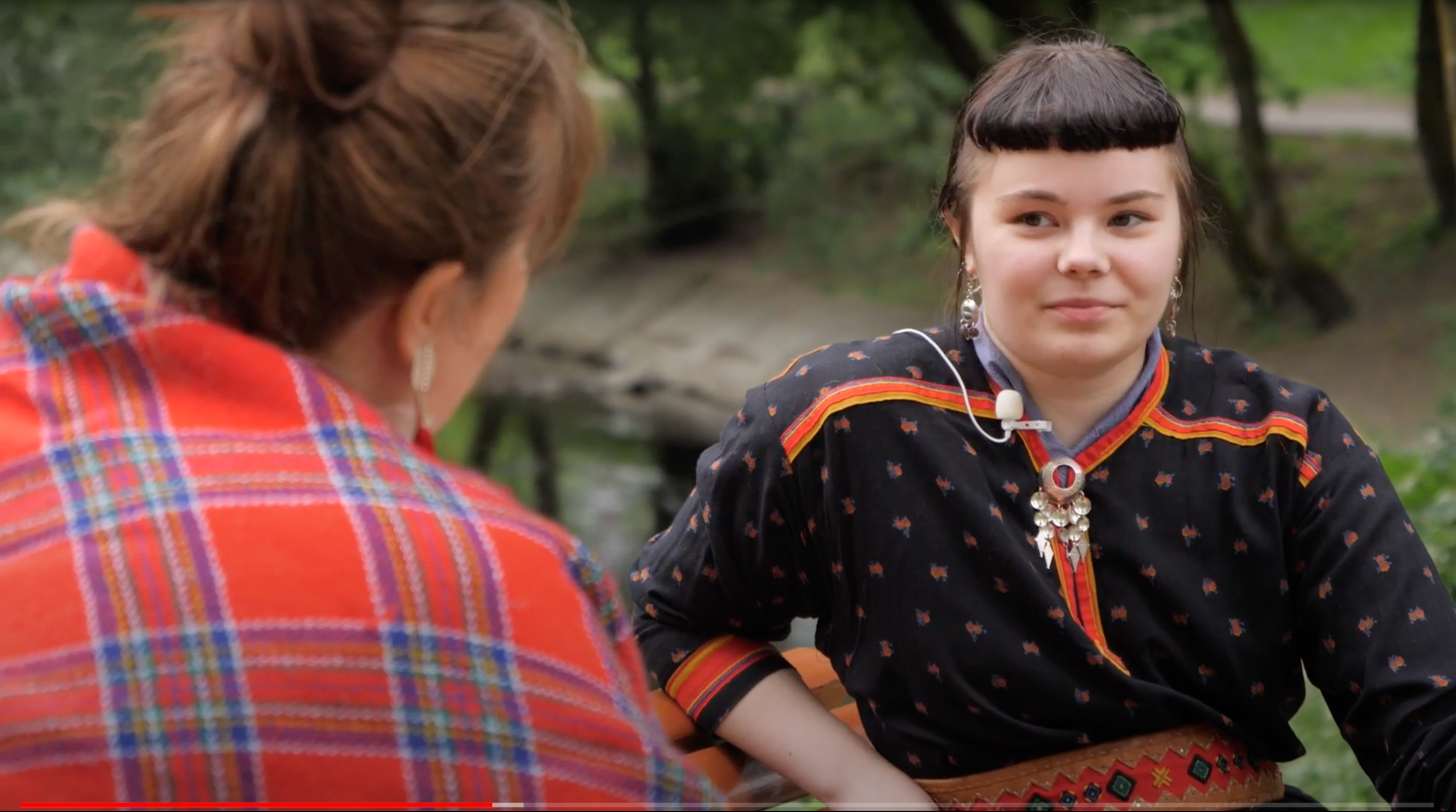 Maria Karlsen in conversation with Liisa-Rávná Finbog. Screenshot from the video.

To start off the project, we went to the Indigenous communities to compile a list of women Indigenous artists lacking biographies on Wikipedia. There we found a new perspective to the diversity challenge: Increasing Sámi content on Wikipedia might not start with lists of biographies, but with a change of understanding of Sámi knowledge, art and duodji. We chose to record conversations about Sámi knowledge, duodji and decolonization. We met by Akerselva in Oslo in June 2021 to talk about duodji, knowledge and Wikipedia – And now we invite you to dive deeper into the  concept of Sámi practices, and their functions beyond “arts and craft”. 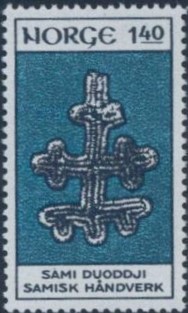 What can this traditional casket made of wood and reindeer antlers tell us? The object is exposed at Siida museum, dedicated to the history and culture of the Sámi people, in Inari, municipality of Inari, Finland. Manfred Werner – Tsui, CC BY-SA 3.0, via Wikimedia Commons

Sámi scholar, museologist, duojar and activist Liisa-Rávná Finbog explains how using the term “Indigenous arts and craft” devalues traditional practices. She claims it is a way to maintain colonial structures that still keeps certain groups of our societies down. Traditional Sámi practices, are known by the Northern-Sámi name duodji and includes textile, leather work and bone-carving. According to Finbog, duodji is a complex knowledge system, almost a language in itself, that for generations has transferred knowledge and wisdom from one generation to the next.

Within academia there is still a long way to go to achieve a fully indigenized academia.

«Knowledge systems other than the western system, are not only marginalized, they are dismissed.»

She explains that researchers centering on the Indigenous knowledge, still has to use the western systems to explain their research. This might all sound very academic and complex. But for us it is important to understand that there are people working hard within academia to get to the point where the Indigenous knowledge systems can stand on their own foundations. Finbog actually used the concepts of duodji as the theoretical framework for her dissertation, a set towards redefining duodji as an epistemology.

Traditional Sámi «skallebånd». What knowledge could these bands give you, if you knew the language? Photo: Reinsfelt, Anne-Lise / Norsk Folkemuseum, CC BY-SA 3.0 from Wikimedia Commons

The concepts of duodji are

In the recordings these concepts are explained more in detail, both from an academic view by Liisa-Rávná, and then from a practical view by Maria Karlsen in the second video.

Becoming Sámi with the power of duodji

“Learning the language of duodji is a way you can gradually insert yourself into a whole world of knowledge,”

Art student and duojár Maria Karlsen shares how duodji is a tool for connecting with her Sámi heritage. Karlsen discovered she was of Sámi origin when she moved out of her family home as a young adult. She openly shares the sorrow of the connection ot duodji she has missed growing up outside the Indigenous community.

As a student of textile art at the Oslo National Academy of the Arts, she is essentially weaving her way back into her sámi belongig by absorbing the knowledge of duodji. Her story is painful but it also offers hope. It shows the power of duodji, the power of the Indigenous traditional practices, to find back to your origin even for those who have grown up completely deprived from it.

Both Maria Karlsen and Liisa-Rávná Finbog are making a continuous effort to make Indigenous knowledge available and recognized in their respective fields. We Wikipedians and Wikimedians can contribute by a conciouss effort to decolonize the structures we work within.

Details from a gákti, by Kimberli Mäkäräinen, CC BY-SA 4.0, via Wikimedia Commons

How do we support the decolonization of Wikipedia?

Closing the gender gap and decolonizing the Wikimedia projects are ongoing efforts across the Wikimedia movement. All of us can contribute! When dealing with Indigenous topics in particular we have three suggestions:

How can we support indigenization?

Sámi people, and people from other Indigenous groups might feel under a constant pressure to represent their entire culture at all times. We don’t want contributing to the Wikimedia-projects being yet another obligation they need to do just because they are Indigenous. First and foremost, we need to show to Indigenous people in particular that their knowledge is valued and wanted. And we have to support them the way we support other Wikimedia contributors, by adding links, offering technical support, proofreading, adding sources and so on. Respectfully and enthusiastically – as always!